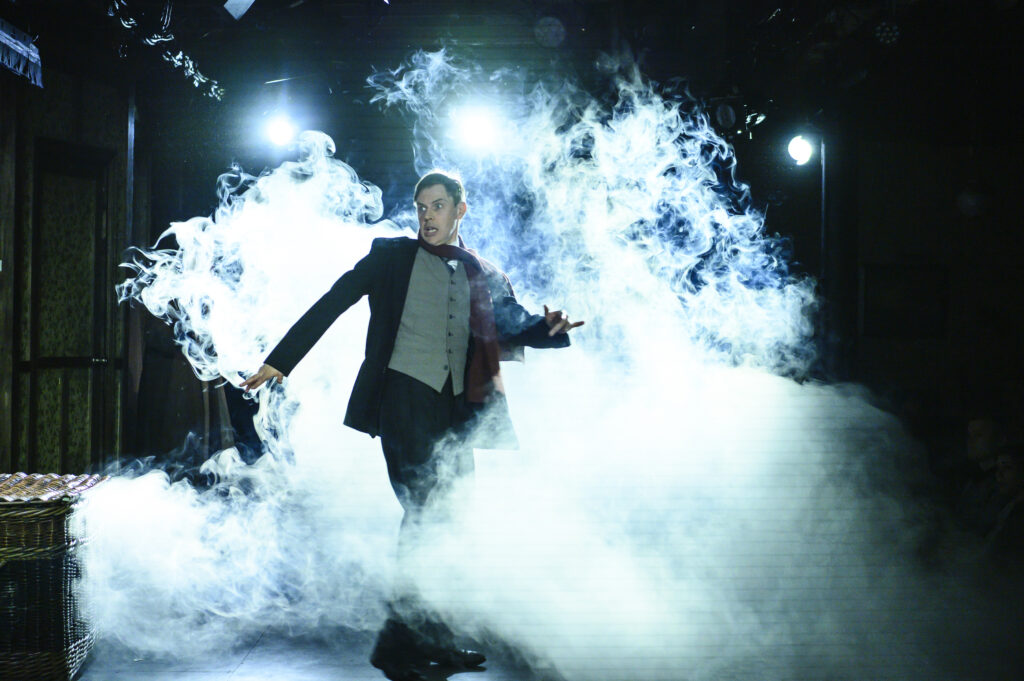 The Woman in Black

The McKittrick Hotel (530 West 27th Street, NYC), home of Sleep No More, anticipates the return of The Woman in Black – a ghost story in a pub. Previews begin on October 21, with an official opening on October 24. Tickets are on sale through January 30, 2022.

When this production opened at The McKittrick in early 2020, it was hailed by Ben Brantley in The New York Times as, “Ingenious! Now is finally the moment for audiences to embrace The Woman in Black.” It was named a “Critic’s Pick.”

The Woman in Black tells the story of a young lawyer who stumbles upon a small town with a grave secret. Stephen Mallatratt’s ingenious stage adaptation comes dramatically alive in Robin Herford’s gripping production of Susan Hill’s acclaimed ghost novel. The director reunites with actors Porter and Acton, who both starred in the London stage production, to reprise their roles for this limited engagement in New York.