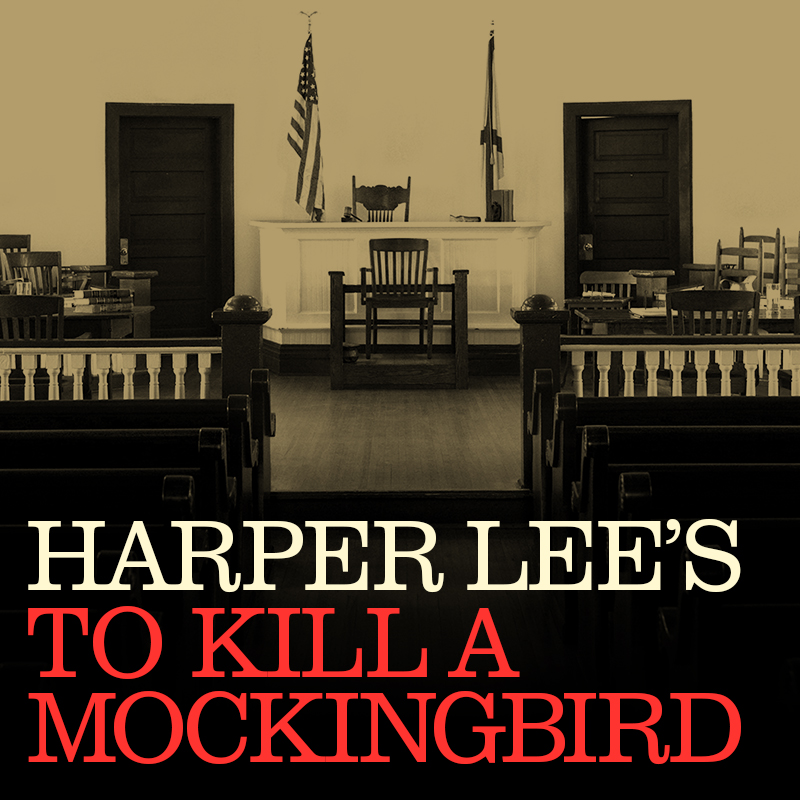 To Kill a Mockingbird

To Kill a Mockingbird has amassed a total gross of more than $125,000,000, and before the Broadway shutdown, continuously played to standing-room-only houses. Since performances began on Thursday, November 1, 2018, the production has not played to an empty seat, with capacity remaining over 100% for every performance. On February 26, 2020, the cast of To Kill a Mockingbird gave a history-making performance of the play at Madison Square Garden, for 18,000 New York City school kids. This was the largest single performance of a theatrical work in the history of world theater. In 2019, to culminate National “Theatre In Our Schools” month, Mr. Sorkin, Mr. Daniels, Mr. Sher, and members of the Broadway cast of To Kill a Mockingbird took the play to Washington, D.C. for an unprecedented special presentation at the Library of Congress, in partnership with the Educational Theatre Association. Speaker Nancy Pelosi was the special guest, opening the event alongside Dr. Carla Diane Hayden, Librarian of Congress (the first woman in our nation’s history to hold the coveted position).

To Kill a Mockingbird will launch its coast-to-coast National Tour on March 27, 2022 at Shea’s Performing Arts Center in Buffalo, NY, followed by the official tour opening on April 5, 2022 at the Citizens Bank Opera House in Boston, MA, starring Emmy Award winner Richard Thomas as ‘Atticus Finch’; and will begin performances in London’s West End at the Gielgud Theatre on March 10, 2022, starring Rafe Spall.

Set in Alabama in 1934, Harper Lee’s enduring story of racial injustice and childhood innocence centers on one of the most venerated characters in American literature, the small-town lawyer Atticus Finch. The cast of characters includes Atticus’s daughter Scout, her brother Jem, their housekeeper and caretaker, Calpurnia, their visiting friend Dill, and a mysterious neighbor, the reclusive Arthur “Boo” Radley.