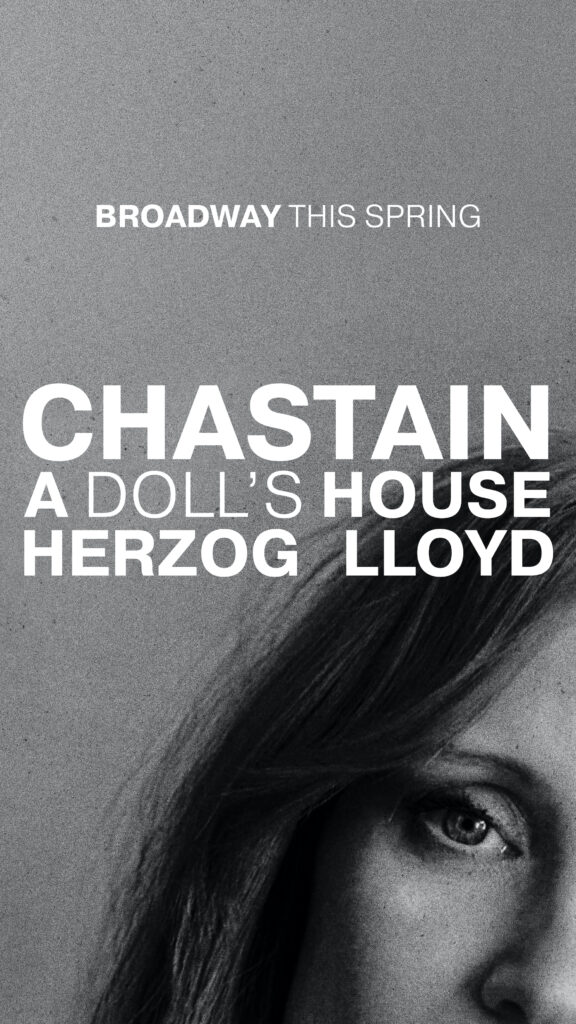 A Doll’s House thrust drama firmly into the modern age when it premiered in 1879. Now, nearly a century-and-a-half later, Tony Award nominee Jamie Lloyd and acclaimed playwright Amy Herzog will make freshly relevant a story that shocked audiences and brought forth a new era of theater. One of the most acclaimed actors of her generation, Jessica Chastain will inhabit one of the theater’s most iconic roles, re-energizing the play for a whole new generation.

The Jamie Lloyd Company production of A Doll’s House is produced on Broadway by Ambassador Theatre Group, Gavin Kalin Productions, and Wessex Grove.