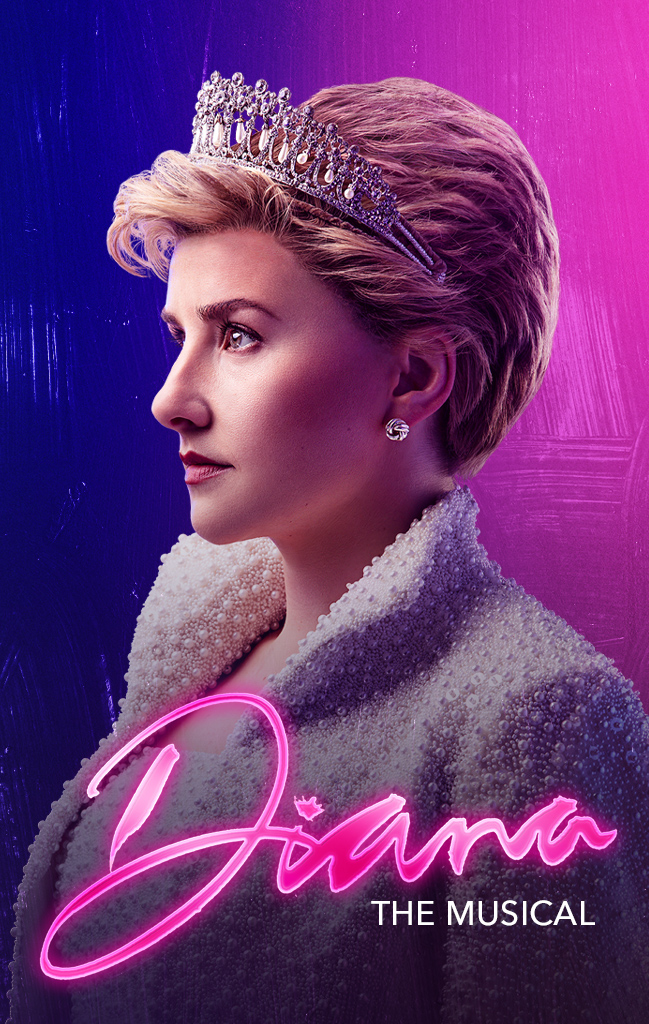 Diana, The Musical tells the story of one of the most beloved women of modern times. Engaged to a prince she barely knows, 19-year-old Diana Spencer is thrust onto the world stage and, overnight, becomes the most famous woman in the world. As she struggles to navigate her way within the rigid structure of the royal family, Princess Diana finds herself trapped in a loveless marriage, eventually finding her voice by devoting herself to those in need. Forced to endure a media spotlight brighter than the world has ever known, Princess Diana defies all expectations to emerge as her own woman and create a legacy that will endure forever.

Diana premiered as a special presentation on Netflix on October 1, 2021.

Diana’s Original Broadway Cast Recording was made available September 24 across all digital service providers and on CD with a booklet featuring the full lyrics and liner notes for the 22 original songs by Joe DiPietro. The album is produced by David Bryan and Ian Eisendrath, the show’s Olivier Award-winning music supervisor/arranger.