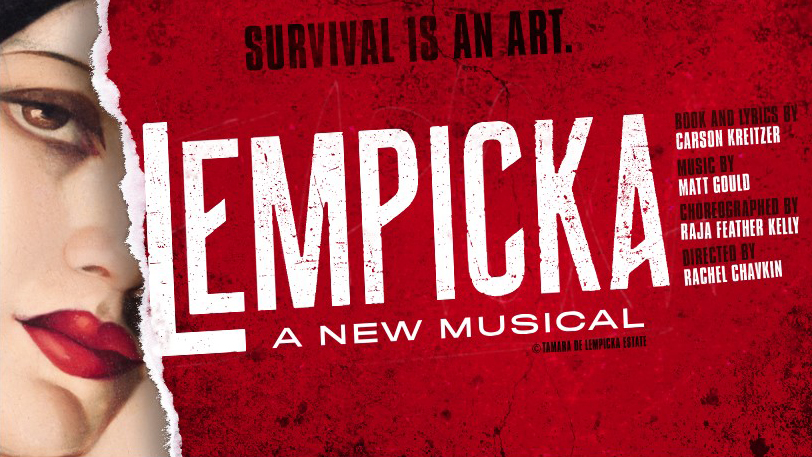 Amid the violence of the Russian Revolution, a young painter named Tamara de Lempicka and her aristocrat husband are forced to abandon their luxurious lifestyle and flee to the dubious safety of Paris. Relying on raw talent and relentless ambition, Tamara claws her way from penniless refugee to in-demand portraitist, earning a place among Parisian high society. Her world is upended once again when she meets Rafaela, a free spirit from the city slums, who introduces Tamara to a new world of decadence and passion. Torn between her new muse and her husband, and fighting to leave her mark on an ever-changing world, Tamara must discover the depths of her own strength to survive. Spanning decades of political turmoil and told through a thrilling, pop-infused score, Lempicka boldly explores the contradictions of a world in crisis, a woman ahead of her era, and an artist whose time has finally come.

The sweeping new musical portrait will have its West Coast premiere this spring at La Jolla Playhouse prior to a Broadway run during the 2020-2021 season. Directed by Tony Award® winner Rachel Chavkin, Lempicka features book and lyrics by Carson Kreitzer, music by Matt Gould, and choreography by Raja Feather Kelly.